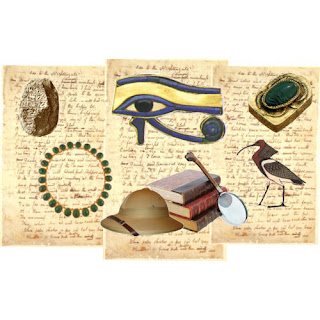 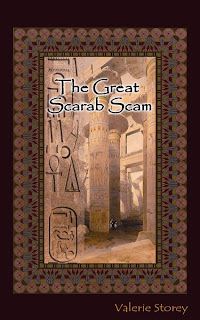 Although pre-pub copies have been for sale on Amazon.com for a few weeks, today marks the official release date of my new book, The Great Scarab Scam. Hurray!
Written for 8-12 year-olds and set in modern-day Egypt, the plot follows eleven-year-old Lydia Hartley as she helps to solve a mystery that has plagued both her archaeologist father and her Egyptian hosts for years. Along the way, Lydia makes new friends, deepens her appreciation for her often irritating brothers, and discovers an inner self-reliance she never knew she had.
Q: When did you write the book?
A: Believe it or not—I first came up with the story as part of my seventh-grade English homework. Our teacher asked us to write about something we loved more than anything. I loved Egypt and I loved archaeology. At the time I was twelve, and my little brother was two. I decided to write a story about a girl with a baby brother and how they get to go to Egypt where all sorts of madcap adventures await them.

The idea stayed with me for a long time afterwards and when I became interested in writing, I wanted to try writing for children. I remembered that homework assignment and it eventually became The Great Scarab Scam. At various stages I would start, abandon it, restart it, and then put it away for another year or two. Last year I decided I really wanted to share it with young readers and the time felt right to go to print. It seemed the perfect book to launch the new incarnation of my publishing company, Dava Books.

Q: How did you do your research?
A: Reading, reading, and more reading! And of course I took a trip to Egypt. Like my main character, Lydia Hartley, my trip was not all I thought it would be. While it was incredible to see things like the pyramids and the Tutankhamen treasures first-hand, the heat, crowds, and not feeling my best health-wise made the journey somewhat difficult.

Q: Why did you choose to write a mystery?
A: For the sheer fun of it. I loved the challenge of working out my plot and foreshadowing, and weaving in various surprises whenever I could. Because I’m usually what’s referred to as a “pantster” (someone who writes by the seat of their pants), the order and calm of writing to an outline was very restful. I enjoyed creating the puzzle.

Tip of the Day: Do you remember a story or an assignment you wrote in school? Is there something you could turn into a piece for young readers today?
Posted by Valerie Storey at 5:38 PM 1 comment:

Email ThisBlogThis!Share to TwitterShare to FacebookShare to Pinterest
Labels: The Great Scarab Scam 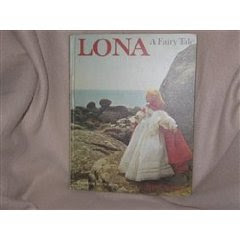 Until a few months ago, I had been obsessed with finding a book I remembered from my childhood; a book that seemed to have disappeared off the face of the earth. The reason it kept escaping me was fairly simple: I had given it the wrong title. For some reason or other I thought it was called The Princess. Only last year I discovered (with the help of a wonderful librarian) that the book, by that great favorite of mine, Dare Wright, was Lona. However, even then I thought she was wrong and it took several attempts to convince me that yes, Lona, a Fairy Tale is the correct title and although the book is out of print, it can still be purchased or borrowed through interlibrary loan. I was stunned. Imagine all those years spent looking for the wrong book. More disturbing, imagine suddenly finding it. All of my illusions about lost causes, mysterious vanishings, and literary conspiracies meant absolutely nothing. If I’d known the correct title, I could have re-read the book thirty times over. Duh!

The reason this book was so important to me, and still is, starts with forbidden fruit. The first time I came across it--oversized, filled with evocative black-and-white photography and a beautiful princess in a flowing white gown--I was in the book section of a Los Angeles department store. (Yes, department stores sold books! Amazing!) I had never seen anything like it before, and I wanted it as soon as I held it. And my mother said, “No.” Usually, when my mother refused me a book, it meant I would get it for Christmas. Well, not that year or any year after. I begged, pleaded. No Lona ever appeared under the tree. I ended up borrowing the book from a school friend, eventually returning it with great reluctance. I don’t think I’ve ever loved a book more.

Last September and finally armed with the right title, I ordered a library copy from Arizona. The day it arrived I could hardly breathe. It was just as magical as I remembered. So many memories were associated with wanting this book. One thing in particular was that growing up in southern California every day was a sunny day. I hated sunny days. To me, rain and dark skies equaled some mysterious gothic realm that could only be had a few times a year if we were lucky. Lona’s black-and-white illustrations seemed to hold that same “rainy strangeness” that I craved back then. But stronger still, was Lona’s theme that I now realize has crept into much of my own writing: sometimes the Princess has to save the Prince.

Lona is about sacrifice, courage, and a heroine’s journey; Lona is no Sleeping Beauty. She has to struggle to complete her mission only to have the tables turn on her. As a young child, the ending disturbed as much as it inspired me (hint: despite Lona’s great efforts to succeed, instant happiness isn’t a given). Which may very well be why my mother was against purchasing it; for all I know it got bad reviews saying it was subversive and weird; also an accurate description. How else can I explain why I mistakenly thought the common romance genre abbreviation “HEA” stood for “Here Ends All” rather than “Happily Ever After”?

People ask if I’m going to purchase the book now that I’ve found it and know it’s for sale (at anywhere from only eighty to over three hundred dollars a copy.). Hmmm. Maybe my mother was thinking more with her checkbook than anything else. I may have to do the same. Like Lona, for now it’s sustenance enough to keep the goal in sight.

Tip of the Day: What was your favorite book as a child? Why? How has that book influenced you? Experiment with writing something from an adult perspective based on a similar theme.
Posted by Valerie Storey at 4:36 PM 1 comment: 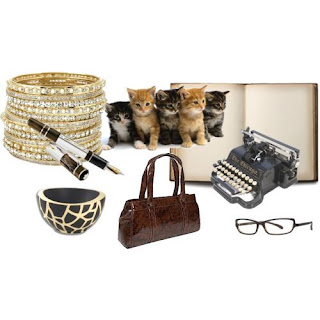 What do you think of New Year’s resolutions? Personally, I like to make them, and I like to make them into goals for things that I really, really want to do.
2008 was a great year for me, and I did achieve most of the resolutions/goals that I had set for myself on January 1, 2008. But I want to do something different for 2009. I want to regard my goals for this year as things already accomplished.
I got the idea when a friend recently told me she had trouble writing the endings to her stories. She enjoyed writing the beginnings and middles, but the endings kept eluding her.
Endings have never bothered me for one simple reason: I write them first! Which made me think that’s how I want to approach 2009: by writing down five goals I want to think of as “finished.” With that done, I can then move on to let myself be surprised by whatever happy discoveries come my way in the pursuit of these goals.
For example, rather than saying I want to publish three books in 2009, I’m going to say, “I published three books in 2009.” Instead of, “I want to have a full sketchbook of new ideas,” I’ll write: “I have a full sketchbook with enough ideas to last me well into 2010.” Somehow, looking at my resolutions this way takes the pressure off; they’re already a given and I can spend more time doing what I love best—moving forward and exploring unknown creative territory without the need to always “get it right.”

Tip of the Day: Write your endings first. If you’re writing a novel, write the last five pages. For a short story or an essay, write just the last page. Screenplay—write the last scene. Poetry—the last line. And give yourself a reward afterwards. Let me know what happens. Happy New Year!
Posted by Valerie Storey at 11:09 AM 4 comments: