Stay Creative Every Day Tip #8: Give up Comparisons 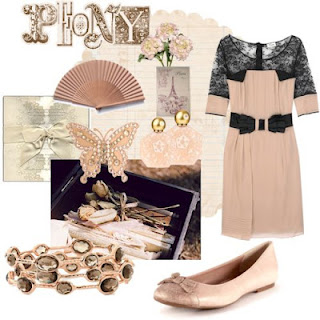 I have a friend who hates pink. I adore it. My friend is, I think, a much better artist than I am, maybe because of her palette choices! But I don’t want to give up pink, and I don’t want to berate myself just because someone else doesn’t like roses and kitten paws. Which leads me to Stay Creative Every Day Tip #8: Never compare yourself to others.

The day I learned to stop competing, stop comparing, and truly enjoy the creative life I’ve chosen was a few years ago when I wanted to try using a high-fire glaze on a small vase in my very small kiln. The kiln is capable of reaching a high setting, but that’s more of a theory than a reality. Anyway, I carefully glazed what I thought was one of my best vases in the required 3 coats, let them dry for the appropriate amount of time, and then proceeded to fire up the kiln. After hours and hours of extreme heat, followed by hours and hours of cooling, I opened the kiln. And the vase was absolutely hideous. Not only had the glaze virtually disappeared (what was meant to be a lovely peacock blue was a dull puce) but the clay surface had a weird, bumpy feel similar to ostrich skin. I was miserable. I was a loser. I couldn’t even fire a 4-inch vase. The potters featured in Ceramics Monthly were so much BETTER than me. I would never even make it to my first show. I set the thing aside on a side shelf and tried to find something else to do.

A few days later the afternoon sun pierced through the blinds in my studio and hit the vase in such a way that made it suddenly glow, forcing me to pick it up for a second look. Miraculously, it was beautiful, as in seriously fine. Sure, the glaze wasn’t at all what I had planned, but it had personality. The “weird” texture was, dare I say, interesting. I found myself oddly moved; I felt that if there had been any failure on my part it was that I had failed to appreciate this little vase that was just trying to be itself rather than the image I had wanted to impose upon it. Now it’s one of my prized pieces and takes pride of place on my bookcase. Lesson learned: Everyone and everything has an innate timing, integrity, and direction. My job is to just let that emerge naturally, and always do the best I can without worrying, and without the need to compare. The best ways I found to do that are to:
Tip of the day: If you find yourself constantly comparing your work to that of others, the best way to stop is to start a daily gratitude and appreciation list. Every evening, list 12 things that you did well that day. They don’t have to be acts of great heroism or award-winning works of art; in fact, the minute you stop judging your accomplishments for NOT being as amazing or fantastic as you think they’re supposed to be, you'll be safely out of the “compare and despair” zone. Happy creating, and don’t forget you can get the full PDF of Stay Creative Every Day tips right here.

Posted by Valerie Storey at 11:45 AM No comments: 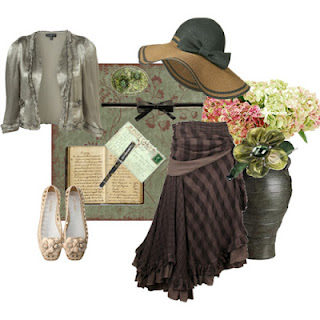 Hi Everyone! As you may have noticed, I've been on blog-hiatus for the last few weeks. Publishing Overtaken (now with Amazon's "Look Inside the Book" feature!) was a bigger hill climb than I thought it would be, and I needed some serious down time. But it's great to be back and blogging again. I especially want to thank everyone who left comments on my last post, always great to hear from you.

Today I thought I'd continue with my "12 Tips to Stay Creative Every Day, Tip #7:  Take Advantage of Technology." The computer is a wonderful thing—and at least for me, way too attractive when I should be working outdoors or in my studio. Which is why I seem to have a constant battle running through my head about how much time I should spend online. But as much as I sometimes dream about pulling the plug, I have to say the Internet has been a marvelous boost to my productivity. For instance, I can:

Watch videos. From book trailers to art journal “how-to” demonstrations, some of the absolute best information I've uncovered has come to me via Youtube.com. I’ve learned how to make acrylic gel transfers, draw a frog, and how to use a watercolor travel brush. And that's just for starters.

Read blogs. I enjoy reading blogs on art and writing, but by simply pushing the “Next Blog” button at the top of many sites, I can go to all kinds of new topics: travel stories, life changing incidents, business advice. I consider my time reading blogs to be the equivalent of the time I used to spend reading print magazines, except the blogs have a much richer and more personal content.

Prompt Blogs. Word-a-day, picture-a-day, a painting a month, poem starters; the Internet abounds with blogs to help you get started when inspiration flags. Best of all, the sites are mainly about forming and maintaining creative community around individual and group work. Perfect when you can't find a writer's or artist's group locally.

Online Dictionary and Thesaurus. No more hunting through the pages! My print versions of both my dictionary and thesaurus were so dog-eared and well-worn I had to throw them out years ago. They weren’t even good enough to recycle. Dictionary.com is my lifeline. What would I do without it?

General How-to. Just ask! I’m still amazed when friends ask me things like, “Where’s a good website about falconry?” Or, “What did children wear to play in during the middle ages?” I don’t know why I give the impression I can answer these questions off the top of my head, but I do know where the answers are online. I just type in my question exactly as I would ask it, and presto—instant answers. (Come on, people, you can do this too!)

Search engines. I rarely stop at page 1 and the top 10 sites. Instead, I prefer to keep going through interesting tidbits in the same way I used to enjoy perusing the card catalogs at the library. Happy accidents, stray referrals, and odd references can all be good material for inspiration and plot development.

Alphasmart. I love my Alphasmart. Especially the way you CAN’T go online (at least with the basic model). My Alphasmart saves me oodles of time and I can type as easily on it as I can write longhand, with the same "freewriting" sensation and flow.

Coupons! Available online and very necessary for art supplies and books in particular.

Shopping. Bricks-and-mortar stores often don’t have what I want and are usually not interested in ordering products for me. Thank goodness for Paypal.com is all I can say.

Play with Photos and Other Images. Using sites such as Polyvore.com can help me stay creative during lunch without getting mayonnaise on my sketchbook. Before I know it I have the idea for a story to go with my image composition. It's dreamy and focused and fun.

Amazingly Helpful Programs. Just to name a few: Book Publishing Wizard, Movie Magic, Photoshop in various versions… Once you have the tools, you can do anything. Anything!

Tip of the Day: The manual typewriter and treadle sewing machine were once the high technology of their day. Sometimes it nice to go back to basics and re-discover these wonderful old tools and re-envision how to use them. For instance, a manual typewriter could be just the ticket for giving your collaged poems the correct “old world” look. A quilt made on a 1920 Singer sewing machine might have a much more “hand-made” feel that changes the look entirely. Experiment with technology from any era to stay creative every day. (Note: for a free PDF on all 12 "Stay Creative Every Day" tips, just click here.)