Getting Back to Clay 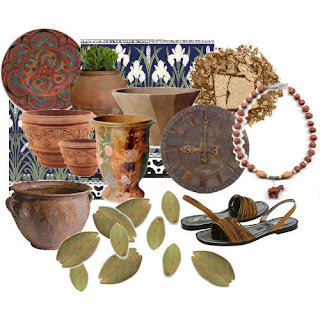 Sometimes it’s good to switch disciplines and to explore new creative territory. For instance, I consider myself a prose writer, but there’s nothing I enjoy more than delving into poetry or tackling a screenplay. It’s the same with working in the visual arts. I’m fascinated by art materials and the wide variety of new pencils, sketchbooks, and paints available on the market. But like so many other writers and artists I know, giving myself permission to whittle out a little extra space for something new can often seem impossible.

Until a few months ago, it had been nearly a year since I had allowed myself the opportunity to “write” in one of my favorite mediums: clay. My reasons for keeping my half-used 20-lb. bag of cone 4 terra cotta in the closet were about as weak as my list of “why I can’t write today” excuses: no time, no real studio space, nowhere to stack green ware (manuscripts) without it (them) getting broken (disorganized). Thankfully, by mid-January I got sick of my whining and decided the kitchen table was as good a work space as any other. So was signing up for a refresher class at a local Albuquerque studio, Mudfish Pottery.

I admit that for the first half hour of my first class I was totally overwhelmed. What on earth was I doing getting up early on a Saturday morning to travel all the way across town to sit with a lump of dirt? The mantra “make something” kept going through my mind. But what? At the same time I’d forgotten how good the smell of clay can be when the plastic bag covering it is opened. Better yet is the endless stream of ideas flooding my head and hands as I struggle to settle on just one project. In the end I followed the rest of the class and made a coil flower pot that for some strange reason reminds me of the south of France. I can’t imagine not having it close by on my bookshelf.

As a child, I hated being dirty. No mud pies for me. The writer’s world of clean white paper, smooth-flowing fountain pens, and precise typewriter keyboards fit me, or so I thought, much better than a messy art studio. Like a lot of my childhood misconceptions, how wrong I was!
It was a writer friend who suggested I might want to give up some of those early biases. I am forever grateful to her insight. Clay, rather than repelling me, opened me to the raw power of potential and possibilities. I took to clay like some close relative of the Three Little Pigs. In the early days of my new found passion, I would spend hours scouring my yard and house for improvised clay tools. I saw rocks and twigs, bark and broken household items all as coveted items for pattern-making and story-telling. One remarkable afternoon I took a leather-hard coil pot outside to carve a design into the rim. I remember thinking, “I’ve done this before.” It seemed to me that I had spent dozens of lifetimes piercing and cutting away at a similar surface. As I worked, I found myself engaged in a story that spoke louder to me than anything I had heard before. When I was finished I went inside and wrote it all down. Part of it became my inspiration for this current blog posting.

Working with clay I had to learn that cracks were for letting in (or out) more light. Fingers—not my brain--had to do the walking. And disasters could always be recycled: broken shards could be put in the bottom of flowerpots; birds and squirrels never noticed ugly glazes on the food and water dishes I placed in the woods around my house. More than anything else, though, I learned not to take myself too seriously. And at the same time, I learned not to laugh at myself too hard, either. Whether I’m writing, painting, or sculpting, the main thing is I’m having fun. That’s all I ever wanted anyway.

Tip of the Day: Don’t get stuck in a creative rut. If you’re a writer, go to an art supply store and buy yourself some fun materials for a new way to tell your story. If you’re an artist, add some words to your latest project. Turn a painting into a poem and vice versa.
Posted by Valerie Storey at 12:27 PM No comments: 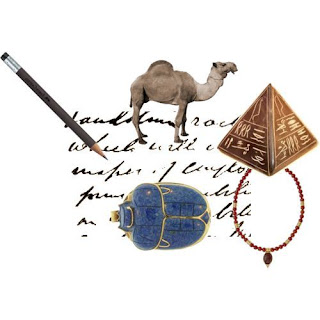 Hey, everyone: The Great Scarab Scam just received its first independent book review! Take a look at this page from the seriously fun group blog, Tales From the Crit,
http://talesfromthecrit.wordpress.com/2009/03/02/the-great-chapter-book-dilemma/

I love the way reviewer AJ refers to the story as a “chapter book.” To be perfectly honest, I never really regarded that angle before and I’m delighted that it took a parent-reader to point it out to me. Even after all these years I’m still learning new things about the business of writing.
Tip of the Day: What's on your reading list? Consider choosing a book to review on Amazon.com or any other of your favorite bookselling/recommendation sites.
Posted by Valerie Storey at 6:20 PM 1 comment: