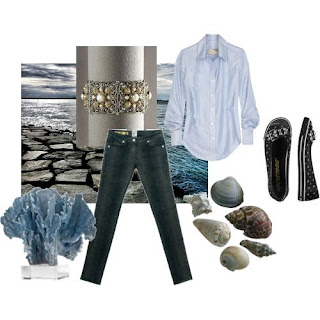 Here’s what I’m thinking: If I hadn’t jumped up on a hot spring day in Auckland, New Zealand in the middle of an interminable political studies tutorial and declared myself an anarchist because I couldn’t think of anything else to say, I would never have met the late New Zealand author, Hugh Cook, and I would never have become a writer. Unraveling this tangle of clues I also know I would not be writing this blog, or publishing my new book, or even maintaining a Facebook page if it were not for Hugh.

Why I signed up for that dreadful class on Scandinavian politics is still a mystery to me. I was in my third year at Auckland University, majoring in Spanish (taught by Welsh professors who insisted we speak with a dithinct Barthelona acthent) and for some crazy reason thought political studies would make a nice fit with Marquez and Lorca. I think I had the misguided notion the professors would be showing Ingmar Bergman films all day, or serving smorgasbord for lunch—whatever, the class was a horrible mistake. Instead of “Wild Strawberries” we studied middle-class voting statistics. The class was sheer torture and for no good reason except that I was bored, I remember standing up, the lone American in a sea of Kiwis (long story for another post), and shouting to some fellow idiot, “I don’t care what you think because I’m an anarchist.” After the few seconds of stunned silence and airless horror, the class became quite animated. Within minutes I’d been invited to several sit-ins, a street march to protest student fees, and numerous action groups. Except for one very interesting woman sitting next to me that day and who had just returned from Viet Nam where she had been working in an orphanage, I thought they were all nuts. I was also highly embarrassed. Despite my red face, the interesting woman promptly invited me home for lunch to discuss anarchy in what turned out to be a very civil setting. We soon became good friends, and from there I met an entirely new set of creative and fascinating people, including a fun-loving girl who introduced me to her best friend who before any of us knew it had fallen in love with the up and coming young New Zealand writer, Hugh Cook. And that was a shock because Hugh at the time was known as an eccentric, irascible, unromantic curmudgeon who delighted in writing cynical poetry for Craccum, the university newspaper. He scared me to death and I hoped I’d never have to meet him.

Fast forward a couple of years to London where I was working as an executive secretary in Europe’s largest advertising agency (yes, it was a lot like Mad Men. A lot.). One day as I was walking home from work, taking my usual route via up Regent’s Street and about to stop in at the chemist’s for soap and toothpaste, suddenly right in front of me was Isla in brilliant Madras plaid on a glorious summer evening all blue and pink and gold like her dress. I remember the sun shining off Isla’s freshly hennaed hair and that she was wearing hot pink lipstick and she was just so sunny, nothing like her old New Zealand gray-cardigan-black-skirt self. She was dazzling. The surprise of meeting was overwhelming to both of us. I think we started screaming and jumping around and in a rush of words and unrelated phrases while she told me that she had married Hugh and that his first book, Plague Summer, had just been published. It was for sale in the New Zealand bookstore in the Strand and I had to see it, and, and, and. Our thoughts were all jumbled in the excitement of finding each other unexpectedly in London. Our adult lives were finally just starting out and there were so many stories to tell. But more than anything I will never forget the thrill I felt when I learned that someone I knew had actually written and published a book, a real book, and it was for sale in a bookstore.

Within hours that night my husband and I were having dinner and a nonstop conversation with Hugh and Isla that lasted for hours. For the next several months we stayed together as a tight group: tea at the Ritz; art exhibitions at the Royal Academy; drinking tequila on my birthday; Isla and I rowing in Hyde Park. And Hugh was so much fun. Kind, sweet, witty; he was nothing like his Craccum persona. When he learned that I harbored a desire to write, he invited me to afternoon tea because he wanted to help me.

Try as I might, I can’t remember if we went to Fortnum & Mason’s or some funny little place off Charing Cross Road. It was after all, a long time ago. But wherever it was we went, for me it was one of the best and most important afternoons of my life. Although we talked about many aspects of writing, the one thing that has always stuck with me was Hugh’s injunction that I buy a journal and “write every day.” He told me that if I did that I would be a writer and that he believed in me. I have never forgotten his words, and I have done my best to follow them.

At the end of that year my husband and I moved to San Francisco and Hugh and Isla left the UK to continue exploring the world before returning to NZ. And then one day out of the blue, Isla came to visit me in America on her own. When she arrived, she told me she and Hugh were too different from each other and they had grown apart. Eventually after she got a job and her own apartment, she admitted to me that she had decided not to go back to New Zealand. I was devastated. She and Hugh were the first couple in my immediate peer group to divorce and it frightened me. I didn’t know what to think or feel, but I was smart enough to know it wasn’t my place to interfere in their decision.

The last time I saw Hugh was at his home in Auckland. Isla had sent me to pick up her belongings: a box of clothes, books, and table linens. Hugh was glad to see me, glad I was writing, and especially glad to get rid of Isla’s stuff, but the visit was too loaded with emotional baggage to be as comfortable or as easy as our socializing had been in the past. While we parted on a friendly note, I knew that by representing Isla I had “taken sides” in their divorce and that I wouldn’t be seeing Hugh again. When I published my first book, a nonfiction book about New Zealand for young readers, I did my best to thank him by including mention of his acclaimed The Wizards and The Warriors series. After that I learned Hugh had moved to Japan, remarried, had a daughter, and of course continued to write his heart out. He also became very ill.

Last year, Hugh passed away from brain cancer. His memoir Cancer Patient details much of his thoughts, treatment, and grueling experiences with the disease. The other day on Twitter I saw someone had written, perhaps because of the approaching anniversary of his death: Hugh Cook was the best sci-fi writer ever! I wanted to add my own hearty “yes” to that. Yes, he was and I’m so glad his fans are still as prolific as his writing.

In a tragic side note, Isla also died far too young many years ago in California. She had also remarried, leaving behind two children. There rarely is a day that I haven’t thought of her or Hugh in one way or the other, especially now as I am preparing to release my next book. Every time I pick up my pen and journal, I hear Hugh telling me that to be a writer I must write. Although our lives circled in different orbits, the memories of those unique friendships continues to prod and inspire me. So I just wanted to say thank you, Hugh. And thank you, Isla. Thank you to everyone who has encouraged and helped me to be a writer. I hope I can pass the magic on.

Tip of the day: List your mentors. How did they help you to become who you are today? Thank them by simply following their advice the best way you can.