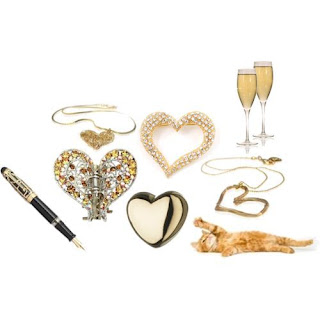 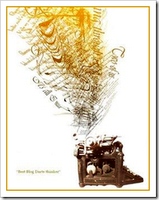 Many thanks to http://www.thewritertoday.com/ who sent me the Premios Dardo (Top Dart) Award on Friday: "this award acknowledges the values that every blogger shows in his or her effort to transmit cultural, ethical, literary, and personal values everyday."

I feel truly honored for several reasons. First, The Writer Today is a fantastic blog, one of my favorites and full of great information. I recommend it to any writer at any stage of his or her career, so please go visit and have a great time.

My second reason is that I still feel so new to blogging. For a long time I resisted even having a blog. I was worried I wouldn't know what to write or be able to maintain it very well. Now, I can't imagine not having my blog. I appreciate so much my readers, their comments both on and off site, and the opportunity to share my thoughts and writing.

Lastly, the award is just plain fun. And as I've always said in my writing classes (and to continue the theme of my last blog post), if you're not having fun with you're writing--something is wrong!

Starting today and over the next few weeks, I will be passing the award along to 15 other blogs that have inspired me.

Rules for the Premios Dardo Award
1. Accept and post the award on your blog.
2. Link to the person from whom you received it.
3. Pass the award to 15 other blogs that are worthy of this acknowledgment.
4. Let them know they've been chosen for this award.

Keep checking in for future recipients!

Tip of the Day: Recognize your writing with a special award from yourself. List all the good things you know your writing achieves and has to offer.
Posted by Valerie Storey at 11:25 AM 2 comments: 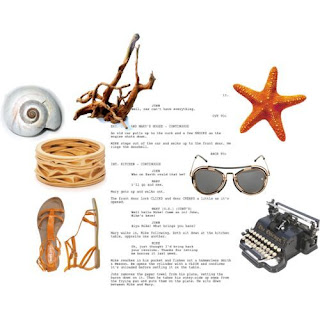 The last few weeks have been consumed with revision work as I get ready to publish my next book, Better Than Perfect, due out this summer. The title alone should give you a clue as to where my head has been! And like my main character, fourteen-year-old Elizabeth Haddon, I’ve had to realize perfection is, at least in the real world, an impossible goal. Especially when you spend 24/7 in pursuit of it, which is why when I pulled the card “Just for Fun” from my Inner Outings, Adventures in Journal Writing deck, I knew something had to give.

Because I’ve always tended to believe in accepting what the universe hands us, I put the manuscript away and decided my holiday weekend would begin on Tuesday; a good decision. These are some of the things I’ve done with my “just for fun” time:

1. Played with http://www.polyvore.com/ all the live long day! It was wonderful. I’ve added a link on my sidebar so you can check out some of the sets I’ve put together there.
2. Went to my book club for the first time in three months. Another good decision!
3. Checked out the next book for the club right away: A Tree Grows in Brooklyn by Betty Smith. I read it as a teenager. The best kind of "school's-out" reading.
4. Started writing a screenplay for no good reason.
5. Visited an art exhibit featuring two of my friends’ artwork. I nearly missed it from being “so busy.”
6. Bought some gourmet treats to take home from the foreign specialty food store downstairs from the art gallery.
7. Signed up for a collage class next month.
8. Planted a flower garden beside my patio.
9. Invited friends to go to France this autumn! (Yes, really! Check out http://www.nitahughes.com/ for more info.)
10. Went to another friend's celebration of her daughter’s high school graduation.
11. Played with http://www.polyvore/ lots more.

I feel great: rested, relaxed, and creative. This afternoon I’m going to draw with the pencils I bought in Germany. And there’s been a very real advantage to this mini-vacation. Suddenly, after months and months of agonizing over “just the right words,” the entire back copy “blurb” for my book popped into my mind, complete and ready-to-go. What a relief!

Tip of the day: Take a break—and that’s an order!

The Art of Letting Go 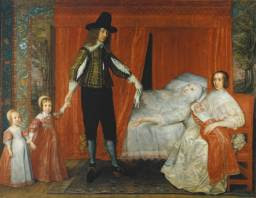 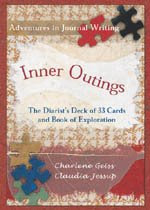 For the last few months my writer’s group and I have been using an insightful little kit entitled, Inner Outings, Adventures in Journal Writing, by Charlene Geiss and Claudia Jessup. This is a boxed package that includes 33 beautifully illustrated cards, each with a single word or phrase such as, “Doorways,” or “Just for Fun" along with a companion book loaded with creative ideas on how to use each card for the maximum journaling benefits.
Because there is no “right” way to use the cards, I decided to shuffle the entire deck and then keep the cards upside down in their box. Every two weeks I draw a fresh card from the top and that becomes my “theme” until the next time. I keep my selected card beside my computer so I can use it to journal, write poetry, or maybe use it in a scene to fit my current WIP. Sometimes I even follow the suggestions in the book!
This week I got the card: “Letting go.” I thought it would be interesting to pair the idea with a famous work of art. My choice was a painting titled, "The Saltonstall Family," and my method was once again freewriting. This is what I shared with my group:

I first came across this painting in 1979, my first visit to the Tate Gallery in London. I was enchanted by it from the start: so much red and white. It never made me think of “death.” Instead, I saw a woman newly delivered of her last child, saying to her husband, “I’ll be fine,” while her mother has private thoughts about this whole upwardly-mobile family.
For years after I told myself the story of these people: the wife was concerned the children weren’t eating right and were getting into mischief while she was in bed recovering from the birth. Her mother was her best friend and lived with the family. The mother thought the husband a little too demanding: All those children! Leave my daughter alone for heaven’s sake! But the wife loved the husband, loved the children, was touchingly grateful for the life they all led.
Now it turns out I had it all wrong. According to new research, this is a portrait of death. New theories insist the woman is dead, and the child and woman to the right of the painting are recent additions to the family. Sir Richard Saltonstall is holding the hand of his deceased wife, while Wife Number Two gloats and displays her rather surprised and perplexed infant.
Saltonstall can’t let go. His children from the dead woman cling to their father and each other. The dead woman looks up at them with longing and what I can only describe as patience. To me she looks exceptionally worn out; perhaps she did die in childbirth, hence the way she will not acknowledge the usurper and her healthy baby.
The records say Saltonstall eventually was one of the early American colonizers along with John Winthrop. There is no mention of the first wife accompanying him, because by that time she was dead. In reality I suppose he had to let go of everything dear to him: his lands, his country, his comfort, his sense of the tried and true. I couldn’t follow the story of where this picture was discovered or even the “truth” of its perceived meaning and history. Something tells me these theories are wrong. I don’t believe the strong woman on the right in her Madonna-like pose is his wife at all. She is too stern, too separate. She would never have allowed such an unflattering or divisive portrait to hang on the manor walls, forever proclaiming her an outsider.
And yet, whoever she is, she is to me in conspiracy with the white-faced woman on the bed. She too, has agreed to wear white and to pass the red vitality of life onto the next generation. The children, the bed hangings, the baby’s bunting are steeped in red. The women wear white for purity, for mourning, for sacrifice; red dye was expensive, it cost a large fortune for all those millions upon millions of cochineal beetles crushed for a single drop of colorant. Only Sir Saltonstall defies the convention of red and white, and like any male bird in full plumage, sports the human equivalent of feathers in his elegant blue stockings and a gilt-embroidered coat. In his pyramid of a black hat, he is the top of the hierarchy; if he opens his hands, he lets go of the whole charade.
What has always fascinated me most about this picture is the modern and honest complexity of the caught expressions: the children are bright but resigned. “Parents,” they seem to say. The wife on the bed is perhaps saying, “Don’t let Johnnie eat too much jam and he has a geography lesson at four.” And Saltonstall simply seems annoyed that his wife isn’t up and about running the household like clockwork. Of all the faces, the one I love best is the baby. “See?” he seems to say. “We’re all crazy here! How’d I get born into this family?” His little face seems wise beyond his few brief days or minutes on earth. “We’re all the same, me and you,” he says to me. “We may be four hundred years apart, but nothing ever changes.”
Which is why I have decided to not let go of my private interpretation of this painting. Whether new research in the future will prove me right or even further from the “truth” of its origins and meaning, I need the mythology I have created from this group. I need to think there were families that had thoughts and emotions and routines and changes of fortune no different from those of today. There is a security in this picture I crave and admire and I do not want to let it go. After nearly thirty years, I cannot change the story because the story found its way into my sense of self and did its alchemical work to change me. One year after I saw it, I decided to become a writer.

All that from a single card! Inner Outings is a great package—highly recommended!

Tip of the Day: Pair a writing prompt with your favorite work of art. Freewrite and see what happens. To learn more about Inner Outings, Charlene Geiss, and Claudia Jessup, visit http://www.diaristworkshop.com/
Posted by Valerie Storey at 5:40 PM 1 comment: