All About Better Than Perfect (Sort of) 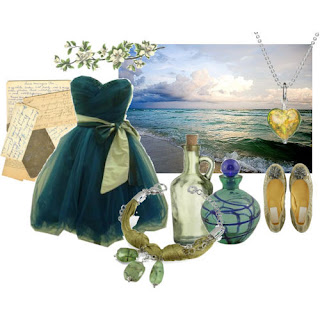 Good news: Better Than Perfect has now been officially released and is for sale on Amazon.com, my website, Barnes and Noble, and anywhere else that sells books.

From the back cover: Can anyone be ‘better than perfect’? That’s the question lonely teenager Elizabeth Haddon struggles to answer when she is sent from England to live with relatives in Auckland, New Zealand. Arriving in the dead of winter, Elizabeth soon falls under the spell of her beautiful, but enigmatic cousin Ravenna who insists the most important thing in life is to ‘fit in.’ Elizabeth, who wants only to be accepted by her new family and their affluent social circle does her best to comply until she starts to see the cracks; cracks that turn into virtual canyons when tragedy strikes.

For a long time I’ve battled with “what New Zealand means to me.” For those who don’t know my background, I emigrated there from California a few weeks after my seventeenth birthday when my father, a New Zealander, decided he wanted to return home. For years I suppose he had imagined happy family reunions with me and my little brother being best friends with our extended family. And for awhile I suppose we were. Then real life took over, kind of like when they say that wherever you go you take yourself with you. We might have been thousands of miles from home, but we were still Americans. My mother was angry and depressed by the move, my father did his best to put a good face on things, and my little brother grew up wild. I stayed for as long as I could, eight years, and to this day don’t know if they were the worst or best years of my life. During that time, I was a displaced Persephone; my journey truly one of descent. For a year before I went to the university I studied nursing, until I could no longer bear working with the child abuse victims passing through the hospital wards and I became ill myself. Things I witnessed in New Zealand continue to haunt me: acts of violence borne of frustration from people trapped by weather and circumstance “with nowhere to go.”

My escape during those years was to immerse myself in New Zealand art and literature which I still think is some of the best in the world; precisely, I believe, because of the restrictions living on a tiny island at the bottom of the world can bring. It all started when I was in my one and only year of NZ high school and the late poet James K. Baxter visited the school a few months before he died. There isn’t room here to adequately describe the impact that visit had on me, but Baxter remains one of my most important literary influences to this day. Barefoot, red-eyed, straggle-haired, and draped in an ancient gray thrift-store suit, Baxter was as different from anyone I had known back in the San Fernando Valley could be. He may have been sick and dying at the time, but he could still recite his poetry with the power and madness of some Biblical prophet whirled in from a demonic wilderness. John the Baptist without the favor of God comes to mind. Baxter’s words and images burnt themselves into my memory; it is impossible to forget him and his rendition of “Thoughts of a Remuera Housewife.” I had only been in the country a few months, but already I knew what he was writing about: a suburban world so precisely “New Zealand” and yet so universal in its theme of “going through the motions” that it seemed to contain the whole of human experience in its brief stream-of-consciousness stanzas. I never forgot it and eventually it became the inspiration for me to write Better Than Perfect. I start the book with a quote from the poem: "….No, it’s not/ a world at all, but Pluto’s/ iron-black star; the quiet planet furthest from the sun." A few brief lines that sum up everything living in New Zealand was like for me.

Several meetings ago my writer’s group experimented with a technique adapted from Judy Reeves's A Writer’s Book of Days: write a full page as one sentence. We used the suggested prompt of “It’s all you could expect.” This is the unedited, raw version of what I wrote:

It’s all you could expect, my father said when he carried the sheep carcass up the hill toward my parents’ house, the lights shining like a beacon for the shell-shocked stragglers who still managed to make their ragged way up from the beach below where glass littered the tide pools and my brother caught minnows the size of his small hands when no one was looking and my mother sat in her room all day and night, shutting her ears to the sheep screaming and my father preparing to play Abraham sacrificing his first-born because God had commanded him and it was his right, his role, his dignity that was on the line and not some sob-story about “Daddy please just listen, just give me this one last chance to find the path I’m supposed to take,” and when the tide came in and crashed against the tide pools full of tiny snails and one-legged octopus, when my brother ran outside to hear the commotion and when even my mother unplugged her ears to hear the waves, the crashing, the thunder, the shouts of the drunken tourists demanding their rights on their beach on their land, then it all seemed like a Greek tragedy caught in the wrong place and the wrong century and all I could think of was opening the sheep pens and calling out the animals one by one before there were any more deaths, any more blood sprinkling this holy night of my father’s anger and his wish to follow a jealous God’s commandments.

Is it true? Yes and no. As another writer, Eunice Scarfe, so wisely says, “Any story told twice is a fiction.” This and Better Than Perfect are my stories told twice.

Thought of the day: What are your stories "told twice"?
Posted by Valerie Storey at 3:46 PM

Email ThisBlogThis!Share to TwitterShare to FacebookShare to Pinterest
Labels: Better Than Perfect, Freewriting

Now...this touched me to the core. The best stories are those told from the heart. Yours are certainly coming from there. I so enjoyed reading all of this and I thank you immensely for sharing these personal writings.
Much Love

That certainly hits a chord, Valerie! But for me, I came from one small Island at the top of the world to another small, less crowded, Island at the bottom. So much I miss and loath about my old home, and so much I love and detest about my new one! It's hard to decide where my heart lies. Perhaps I should move somewhere in the middle and decide after a few years of living there?

Also, I don't think Auckland really sings the praises of NZ. It is very much keeping up with the Jones' here, whereas there is some real honest beauty (but less story material) elsewhere in NZ!

Congratulations on your new book! I am going to get it for my 13 (almost 14) year old daughter. I will let you her thoughts on it. Thank you for sharing some of your life history and beginnings. You are a very good writer and I admire you a great deal.