Lessons from an (Unused) Travel Sketchbook 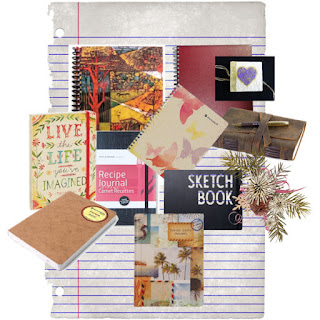 I've just returned from a week-long business trip to Southern California. Unfortunately, as much as I wanted to draw, paint, and write, I had absolutely zero time to even open the small sketchbook I took with me. Not being able to dive into some on-the-go creativity was heart-wrenching: all those palm trees, coastline views, Mediterranean mansions. . . all to be abandoned as on to the next meeting I went.

The best I could do on any given day was try to memorize what I was seeing and hope to use some of those memories at a later, and more convenient time. My fingers were itching to get out my watercolor pencils, but to no avail. There was always another place to be, another traffic jam, and the weather was freezing!

Now that I'm back home, I'm evaluating what it meant to not have any restful down-time during my trip. Maybe there was a good reason for the extreme lack of playful opportunity. Rather than fussing and lamenting over my situation, maybe I was given the chance to experience:

It was a productive trip, and I enjoyed every minute of it, but there's also no place like home. My own food, my own bed, my own bathroom, and my own studio--ah, and the time, the wonderful time to write and sketch and play again. The best feeling in the world.

Tip of the Day: "Not painting" and "not writing" days can be just as valuable as the days we get to sit with our journals or sketchbooks for hours on end. After all, to quote Natalie Goldberg, "When you are not writing, you are a writer too. It doesn't leave you." The same goes for painting, beading, collaging--whatever fills your passion. The next time you find yourself hampered by time and circumstance, keep in mind that you don't have to come to a complete stand-still. There's always a creative response we can make to every so-called "problem."
Posted by Valerie Storey at 4:32 PM